As part of a project organised by the artist run initiative Sans Titre, I was invited to develop and exhibit a site specific work under the framework of the French cultural program ‘Journées du Patrimoines’ in September 2014. During the Journées du Patrimoines historically significant sites are open to the public. The town of Tourcoing, France, proposed for us to respond to the house at 47 rue Victor Hugo which was built in 1924 by the Maillard architects and is now used as a learning centre for children with autism.

Hold me was installed in the entry way and consists of an egg inscribed with the words ‘hold me’, an eggcup and sound track in which we can hear the crunching of seashells underfoot, the wind, soft city and ocean sounds. The coupling of these objects, text and sound were intended to evoke the sense of time passing us by, the fragility and the immediacy of the now. The text also suggests attentive touch, curiosity and power in the possibility for the participator to crush the egg in an attempt to recreate the sounds that were playing in the space. 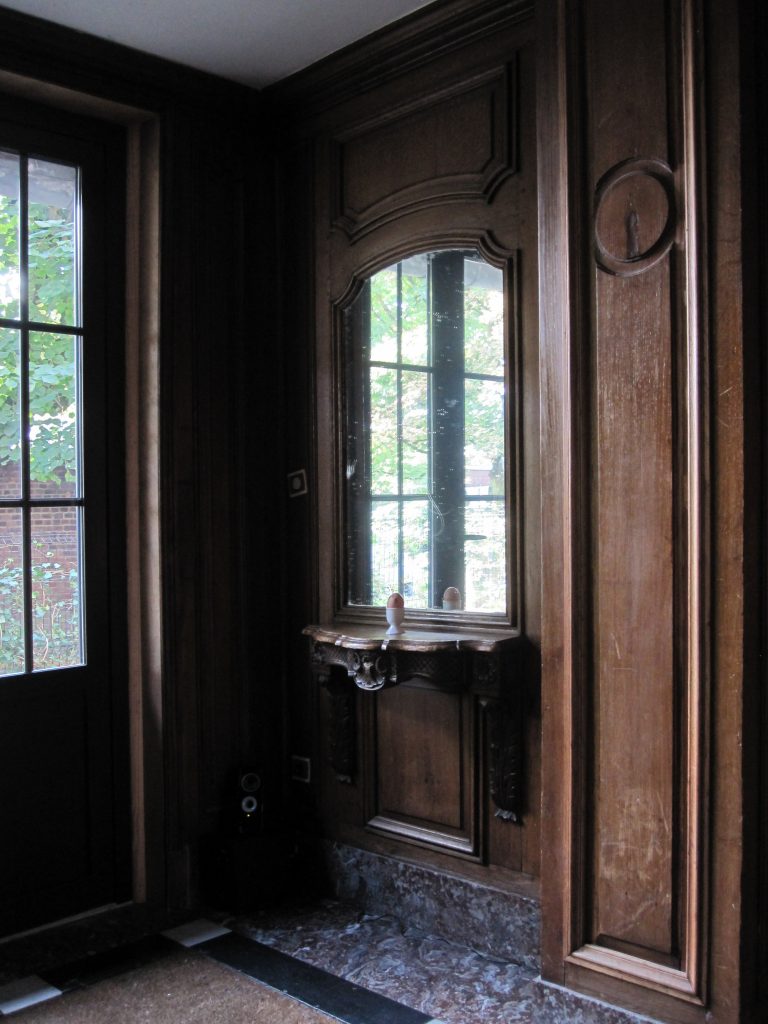