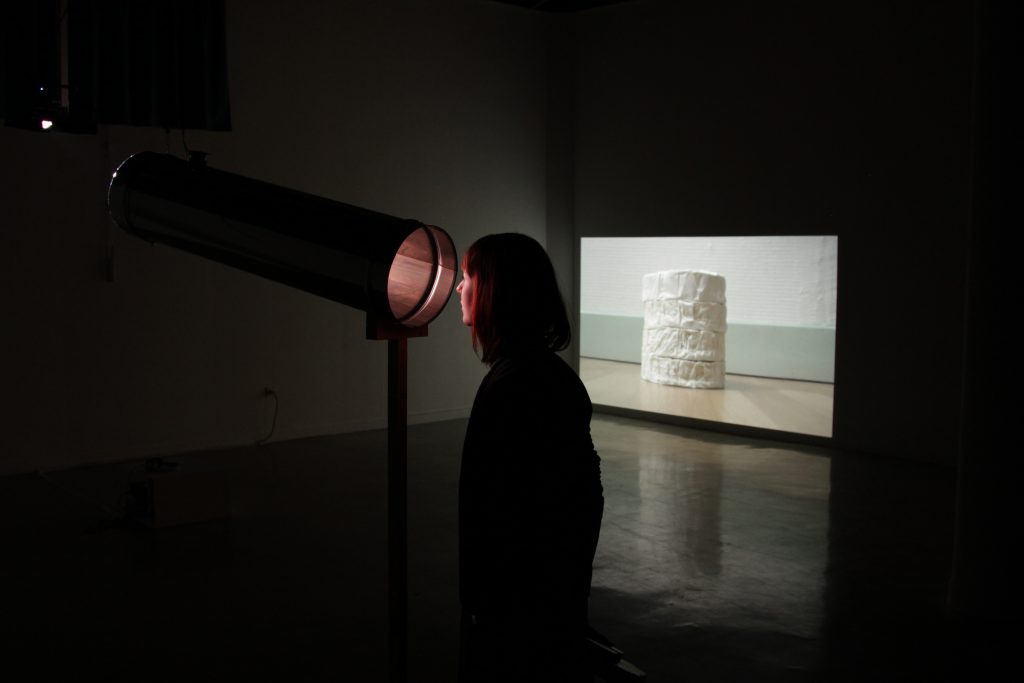 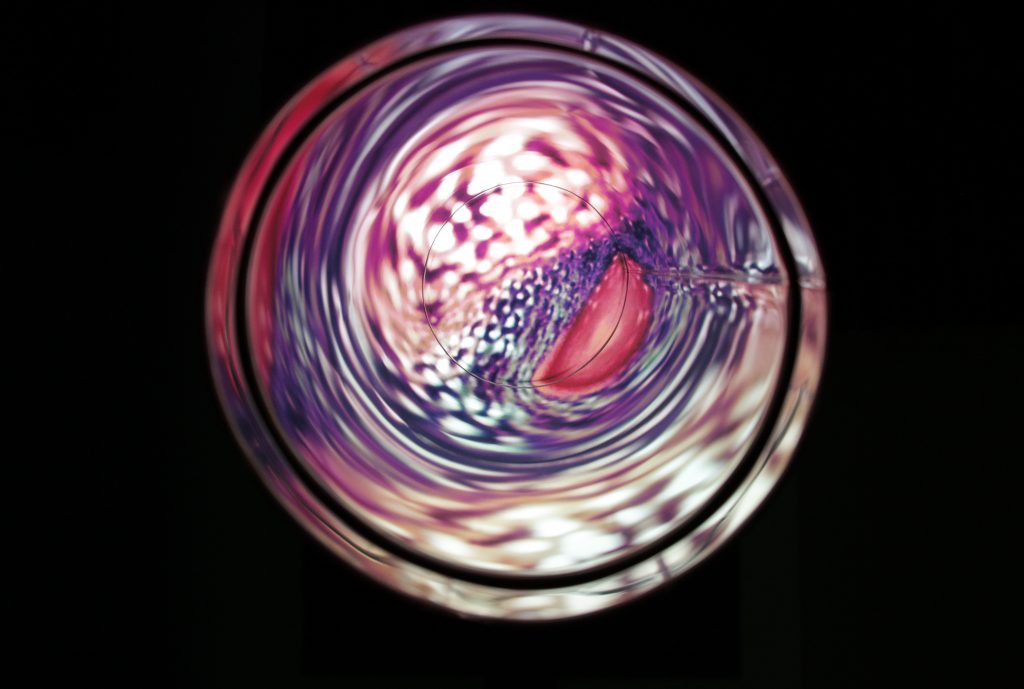 The idea for this work came from Julio Cortazar’s short story N’accusez personne, in which we follow the life of someone trapped in a jumper. After many filming tests, in different locations and with different bodies I started the post-production process. I found that there were many moments where the camera filmed a flash of white or black and started to cut and organise my footage in this way, connecting different bodies and movements together. The final footage is a continuous and disorientating tour of a formless, androgynous and endless body.

Two small speakers rest on the pipe and the sound vibrates through it to create a scratchy noise that matches the rhythm and movement of the video. The rear-projection of the footage is watched through one end of a stainless steal pipe. The stainless steal reflects the video and creates a kaleidoscopic effect, further removing the original body from any link to its initial form. The viewing experience recalls ones interaction with a telescope.